Sometimes, taking a brief look at customs and traditions around the world is just enough to make you realize how little you know about the world. (Or if you’re well-traveled, how much you know!) 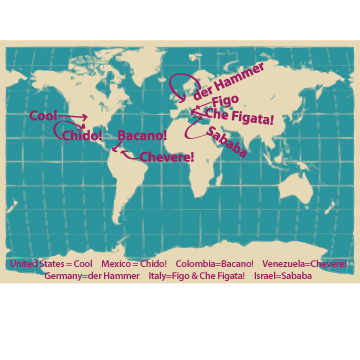 And other times, it makes you realize how similar we all really are.

This time, we took a look at American slang, specifically the word ‘cool’ and wondered what the equivalents would be in other languages. Well, unsurprisingly, there are many. Here’s just a handful:

Now, slang is constantly evolving, and this applies worldwide, not just to America. Remember when it was cool to say ‘da bomb’? And now it’s cool to say ‘amazeballs’? No? Well, that’s slang for you- it comes and it goes.

Do you have a question about a particular culture or language? Have some slang in another language you’d like to contribute? Leave a comment!