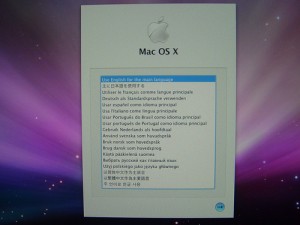 In this economic climate, it can be tempting for business owners to skimp on vendor services. From ordering fewer office supplies to cutting back on snacks, many organizations are looking for ways to cut costs.

However, slashing budgets indiscriminately can threaten a business’s reputation and efficiency. For example, it doesn’t make sense to be sparing with any service that creates a professional “face” for your company. Business translation is one such service for companies that market to global audiences. Your business translator plays a key role in determining the quality of your interactions with overseas customers.

Unfortunately, many corporate leaders who are charged with hiring a business translator attempt to save money by hiring an inexpensive amateur translator rather than a qualified professional. Some managers may even survey their employees to discover who is bilingual, hoping to simply pay the employee’s regular hourly rate rather than contract with a corporate translation service.

However, hiring a professional business translator is critical if you want to give potential partners and customers a favorable impression of your brand. The following is a look at how acorporate translation service compares to some of the less expensive options, such as using amateurs or freeware for business translation.
Using Freeware for Business Translation

The Internet offers a plethora of free business translation programs. From Babelfish to Google, these programs allow you to simply type in the original language, hit the “translate” button, and copy and paste the results – how simple and inexpensive! But don’t get too excited. If you take a closer look at the output of most freeware translators, you will see just how frequently they make glaring, even comedic errors.

Idiomatic expressions are especially challenging for freeware business translators. For example, when an American tells someone to “go jump in a lake,” he or she usually means, “You’re annoying me. Go away.” However, other languages do not use this expression. A freeware translator would translate this expression directly, which would not make sense in another language. Using freeware as your business translator can confuse and alienate your intended audience.
Amateur Translators

As mentioned above, managers may look for an in-house business translator by asking who among their employees can speak more than one language. Usually such managers are unaware of the major differences between amateur and professional translators. Here are a few of the problems with amateur translators:

Missed deadlines. Amateur translators often fail to meet deadlines, since they lack a good understanding of how much work is required when translating documents.

Confusing colloquialisms. Amateur business translators may not be aware of regional differences in their language. For example, southern Italian has its own colloquialisms that sound very strange to speakers in the north. An amateur translator may use niche phrases that are unfamiliar to speakers from other areas.

Lack of linguistic knowledge. Amateur translators are often unaware of the unique linguistic aspects of each language. For instance, when translating from Chinese to English, translators must be very careful about verb tense. Chinese doesn’t have any verb tenses, so translating Chinese into English requires the translator to add conjugations based on the timeline implied in the original Chinese. Each language has its own quirks; amateurs often make major mistakes because they usually have not studied linguistics.

General lack of education. Even if someone is fluent in a language, that doesn’t mean he or she knows how to write it.

Highly educated. To be hired at a corporate translation service, a translator must speak and write at or above the college level in both the original language and the target language.

Aware of linguistic quirks. Professional translators study linguistics so they can understand patterns across languages. A professional Italian to English translator, for instance, would understand that Italian speakers often place the possessive adjective before the noun in order to imply dearness. For instance, “cara mia,” meaning “dear one,” implies love and affection because the “mia” is at the end. A professional business translator would be able to find a way to accurately express that love in English, perhaps by adding a descriptive adjective or two.

In possession of specialized knowledge. Writing or speaking on any specialized topic requires in-depth knowledge. Just as technical writers usually focus on a certain group of topics, translators often stick to one or two industries. For example, a business translator might also have an undergraduate or even a master’s degree in business. That way, he or she would not only understand the idioms of each language but would also comprehend the nuances of business-speak.

Able to convey style and tone with cultural fluidity. Professional translators are familiar enough with language to add style, translate tone and convey culture. For example, a professional French translator would quickly understand that a car being sold in Latino markets should not be called a “Nova.” Although English speakers think of galactic formations when they hear about the Chevy Nova, Spanish speakers might laugh at such a name – “no va” literally means “no go” in Spanish.

As you can see, a professional business translator is best equipped to help your brand convey its message without making the kinds of mistakes common with freeware or amateur business translation.