By this point in the year, many new year’s resolutions are beginning to falter. Don’t let your goal to learn a language be one of them. 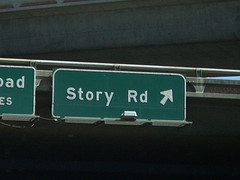 Now that you’ve started attacking the problem in every way possible, using the extra time you didn’t realize you had, it’s time to make these efforts more effective. As Barry Farber says in his book, “How does a farmhand feel the day the tractor arrives, after he’s plowed by hand for thirty-one years? Undoubtedly the way I felt when, after decades of memorizing foreign vocabulary the old way, I suddenly discovered Harry Lorayne and his methods.”

Rote repetition is not the best way to memorize. A smarter approach is mnemonics, or systematic association. To quote Farber again, we’re trying to “capture and retain a new word in a foreign language” by “sling[ing] a vivid association around the word that makes it impossible to forget.” Or, more poetically, to “lasso the unfamiliar with a lariat woven from the familiar.”

Start with a word in a foreign language, for example, the French word colère, pronounced cole-AIR, which means anger. We usually associate anger with heat, like “boiling mad,” but there are phrases where anger is a cold feeling, like “cold shoulder” or “chilling stare.” So imagine someone who’s so angry at you, that when you walk into their office, even though their back is turned to you and you can’t see their face, you feel a wave of cold air coming off of them, like opening a deep freezer. And there you have it: anger -> cold air -> col’ air ->colère.

That’s one of the examples in Farber’s book, and while I’ve never studied French, and never had occasion to use it, it’s stuck with me for more than 7 years. Association is powerful stuff.

To make it even more powerful, use associations that are relevant to you, or even better, ones you find funny. Funny sticks. And for many people, so does vulgar.

And for languages with gendered nouns like Spanish, including some extremely ridiculous feminist or chauvinist aspect to your story will make the gender stick along with the meaning.

Of course not every word will be as neatly composed of English words. Use partial words, similar sounds, or phrases said with funny accents to make the association. Be creative, it’ll help you remember!

With grammar, reading, listening, and vocabulary skills all well on their way, the next step is what you’ve been waiting for all along: speaking.

Yes, it can be scary at first, but as an American, you can consider yourself lucky. Some cultures are notoriously hesitant when it comes to speaking a foreign language. People will claim that they don’t speak English and then turn around and recite the beginning of the Declaration of Independence without even stumbling on the words “self-evident” and “unalienable.”

Americans, however, are typically the exact opposite. A man who can tell the cab driver the name of his hotel in Shanghai won’t hesitate to say he “speaks a little Chinese.” I have a friend who loves to travel, and though he couldn’t pass a French, Spanish, Chinese, or Russian 101 exam, he gladly claims to speak all four of those languages, and does so at every opportunity. For your language learning to take off, you need to be like him.

Jump right in. Find people in your area who speak the language you’re learning, or find them online. Don’t use English to apologize for your atrocious pronunciation – do it in-language. Not sure how to say that? What a good opportunity to learn.

This involves stepping outside your comfort zone, certainly, but it’s essential. The difference between speaking a language and just studying it alone is like opening your own business or reading Peter Drucker. As JFK said, “There are risks and costs to action. But they are far less than the long range risks of comfortable inaction.”

Get out there and speak. You will make mistakes, but you’ll also make friends. Remember, mistakes are the portals of discovery.

Check back for Part 3 when I review your current options for structured language learning. Spoiler: You can lead a horse to water, but you can’t make it drink.