The Question: How much will my translation cost?
The Answer: It depends! 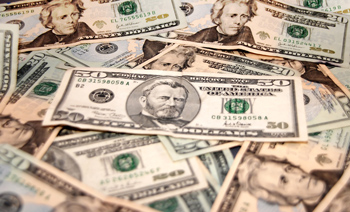 In general, the following 5 factors play the largest roles in determining the overall price of a translation project:

Some languages cost more than others to translate. For example, translating from English into Japanese is much more expensive than English into Spanish. In addition, English often serves as an intermediate, or inter-language, between less commonly translated languages, adding an extra layer of translation (and cost) to a project. Imagine trying to find a translator who could translate between Icelandic and Hindi. To handle that kind of request, most Language Service Providers (LSPs) would find a translator who could translate Icelandic into English and then a second translator to translate English into Hindi.

Need that translation as soon as possible? It will cost you! The Common Sense Advisory (CSA), a leading independent Massachusetts-based market research company focused on Language Service Providers (LSPs), found that 88% of LSPs charge a markup for urgent projects, anywhere from 10-200% (Source: The Price of Translation).

The size of the project clearly impacts the cost. Most LSPs around the world measure size by the number of words to be translated. For example, a one-page internal company memo being translated into a second language will naturally have a much smaller word count than a manufacturing operations manual being translated into three languages.

Word count is used because it’s objective and can be calculated in advance. It isn’t meant to imply that translating “and” or “the” into French requires as much effort as “confabulated.” It’s simply a straightforward way of approximating the overall size of the project.

If you have related documents which have already been translated, especially if you have them aligned in a bilingual translation-specific format like XLIFF or TMX, you can leverage these for discounts on identical or similar portions of your text. LSPs generally break the word count out into new words, repetitions, and fuzzy matches, with discounts applied to the latter two.

Buyers measure quality differently. A “high quality” translation will mean something different for a pharmaceutical manufacturer than it will for a company looking to translate marketing collateral. In general, “high quality” means avoiding errors. To reduce errors, most translators edit and proofread their own translations. Proofreading can also be done by third-party peers, senior-level editors, and customer reviewers.

At the end of the day, you have to put translation cost in perspective. According to research done by the CSA, language services tend to be cheap when compared to their return on investment (source: Beggars at the Globalization Banquet). Their research indicates that translation and localization costs between 0.25 and 2.5 percent of the resulting international revenue. They provided the following example: “to generate US$1,000,000 in revenue you need to spend between US$2,500 and $25,000 in translation. In some companies, this equates to expenses with office supplies, electricity, or internet access.”