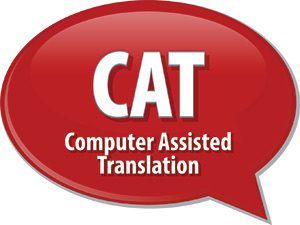 Since the initial release of Trados MultiTerm and Translator’s Workbench in the early 1990s, Computer-Assisted Translation (CAT) and Translation Memory (TM) tools have taken the language services industry by storm. Once a novelty relegated mostly to high-end website and software localization projects, CAT tools have now been widely adopted by language service providers (LSP) large and small, on and virtually any type of content.

While SDL Trados tools account for nearly 75% of the total market share of CAT tools as of 2017, there are numerous other competitors, including WordFast, memoQ, Déjà Vu, and many more that offer similar features. For clients and prospective clients who are either new to the language services industry or who have never heard of CAT/TM technology, it can be a bit daunting. One of the initial assumptions that first-time clients have regarding CAT tools is that they are a type of machine translation (MT). On the contrary, CAT tools involve 100% human translation (and editing), with the CAT/TM software assisting the translator to be more efficient, consistent, and accurate with their translations.

Generally speaking, the types of content matches analyzed by CAT tools include the following:

This type of translation technology offers many benefits to clients. These benefits included greater consistency, automated quality assurance checks, reduced turnaround times and improved efficiency, and the ability to work with a wide variety of source files. For clients, though, perhaps the greatest benefit to using CAT tools is a reduction in cost.

Typically, clients receive a pro-rated rate based on the type of “match” determined by the CAT analysis. For example, “no match” segments are usually charged the full translation rate, whereas the words included in a “fuzzy match” or “100% match” are charged a lower rate. Therefore, the cost for a translation in which a CAT tool is used may look something like the below example for the translation of a technical manual into Spanish:

For the same translation completed without a CAT tool, the cost would be $2,814.00, since all of the words in the document would be charged at the full rate.

Furthermore, as more translations with similar content are completed, clients will save even more as the number of fuzzy matches and 100% matches will invariably increase as the TM database grows and is applied to future projects.

In conclusion, with the widespread adoption of Computer-Assisted Translation (CAT) tools in the translation industry, clients can now take advantage of many benefits, from consistency and efficiency to significant cost savings, all while still ensuring that their translations are completed with a high level of quality by human translators. Whether you need a Spanish translation for a school calendar that is updated annually, a Chinese website localization project, or translation of software user manuals into Arabic, clients should be discussing the applicability of CAT/TM tools to their next language project with their preferred language services provider.