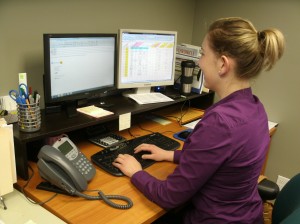 In my experience as an interpreter, I have been a bearer of good news, bad news and I’ve played the role of a cultural broker one too many times. Although I have interpreted for patients with various medical needs in Spanish, my Bosnian, Serbian and Croatian appointments tend to steer me towards the Colorectal Center at Cincinnati Children’s Hospital and Medical Center. As much as I would like to consider myself experienced in this field, there are always challenges that we as interpreters face. They may not always have to do with the right medical term, but rather with cultural sensitivity that at times is far more important.

For instance, I have interpreted for a family whose child, born with an anorectal malformation, who has already had multiple surgeries, was brought to Children’s hospital with high hopes for a normal life after just one more surgery. Unfortunately, after a number of tests and exams the doctors had to share their prognosis with the parents. There was more to be done. The parents, already scared, confused and on the verge of tears looked to me for answers not realizing that I was just repeating what the doctor said. They wanted comfort, they wanted me to stop and correct myself and say that I made a mistake asking the doctor to repeat what was just said, as if the second time it would be different, that it would be exactly what they’ve been wanting to hear. Unfortunately that wasn’t the case. From then on followed a series of appointments that became more and more challenging as the time passed by. I was not only having to study the new terminology, but I was also having to work through the cultural shock the family was going through. I had to disconnect the heart from the mind and remain professional. My natural instinct as a human being was to comfort them, was to support them. Instead, I did what I do best, I interpreted, focusing very hard on capturing the tone and sensitivity of each provider’s voice restraining myself from overstepping the professional boundary.