Online lingo is seeping into daily conversation as we talk about “googling” or “friending.” A recent article in Intelligent Life magazine looks at the increasingly common phenomenon of creating verbs from nouns. (The fancy term is “denominalisation,” if you were interested.) In “You’ve Been Verbed,” writer Anthony Gardner reasons one force driving this change is that we find ourselves doing completely new things online– and those activities need names to describe them. 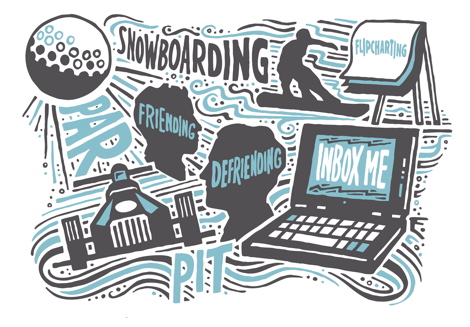 This isn’t anything new. English today certainly doesn’t sound like 16th Century English, but the pace has certainly picked up. New forms of social media mean that any new term coined is potentially repeated thousands of times within a day or just hours. Imagine a great post that gets “retweeted” (posted again by another user) or a topic that is “trending” (users can post a “#” before a term to join the conversation on it)… the new verbiage can be picked up across a vast geographical area in a very short period of time.

To give you an idea of how quickly ideas spread on the internet, a few weeks ago, rapper 50 Cent stirred up an SEC investigation, after he tweeted encouraging his followers to buy a certain stock. He made $8.7 Million Dollars on that stock in just one day.

What if that was a new term to help people describe the world around them better? You can imagine people with a fast-paced lifestyle would love a shortcut. That’s why we’re seeing so many “abbrevs” these days.

If all this “twitterspeak” has you feeling a little confused or you’d like to brush up on your twitter vocabulary, check out Twittonary! And then, show us your new skills by following us and tweeting @AffordableLang on Twitter. 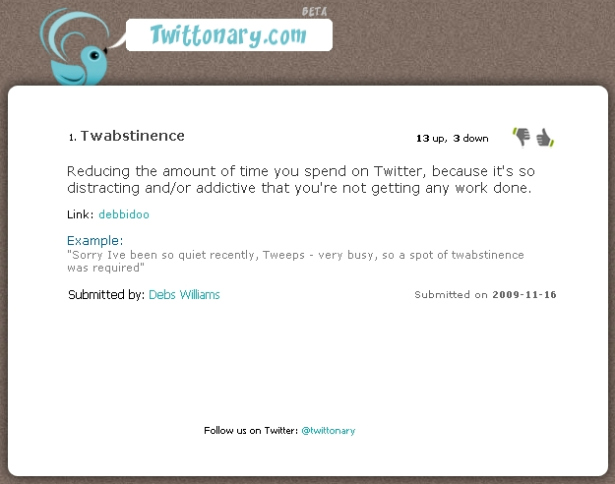