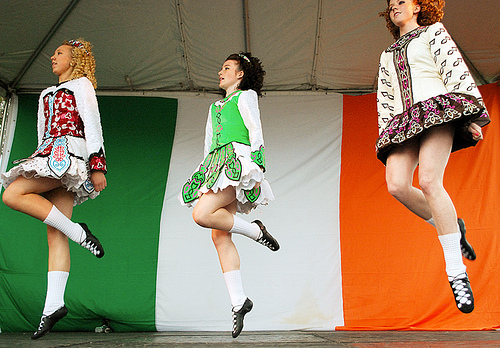 Right now there are only about 85,000 native speakers of Gaelic left in Ireland. There are massive efforts to raise this figure to 250,000 speakers, but reintegrating Gaelic into mainstream society will take time. The man in charge of implementing this plan, Minister for the Gaeltacht Pat Carey, says if left alone, Gaelic would not survive another 15 years as a primary language.

We decided to honor the Gaelic language today, by sharing some pertinent phrases, vocabulary, and pronunciation with you.

The following are Munster pronunciations and spellings. Mostly, people in the South of Ireland speak this dialect,  which is generally regarded as the Irish standard.

Dia is Muire dhuit./jee-ah iss mwir-ah gwit/- Hello. (in reply, literally- God and Mary be with you.)

If you’re hungry for more, check out this guide to pronunciation. It’s based off the Ulster dialect, but it will get you started in the right direction.